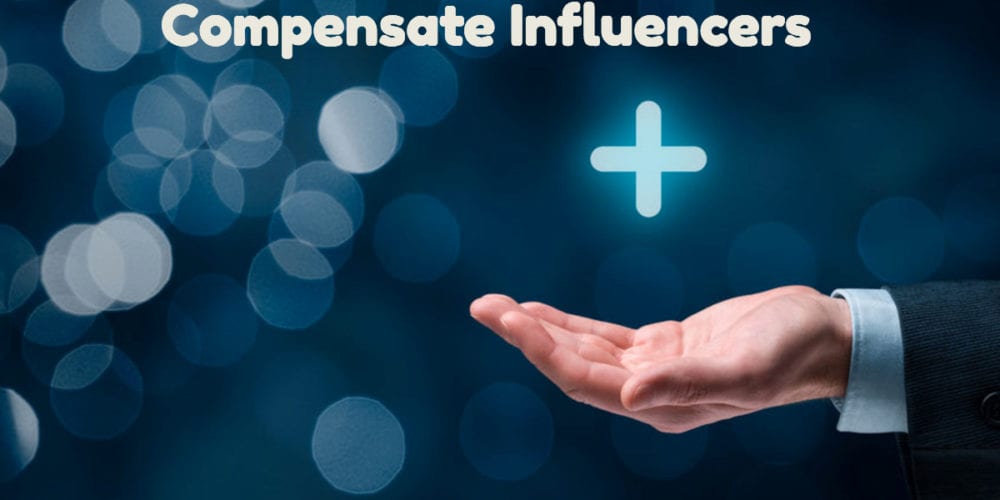 You’re a startup that wants to raise awareness about your brand. Or maybe you’re a small business looking to boost your visibility online. Unfortunately, highly-effective marketing methods, like influencer marketing, seem to be out of reach. You’ve run the figures over and over again, and no matter which way you cut it, there’s just no money in the budget for an influencer marketing campaign. The good news is that there are many other, more creative ways to compensate influencers.

How Do Influencers Really Feel About Compensation?

Before we look at other ways to compensate influencers, let’s first analyze some stats about influencer compensation. These insights into the minds of influencers, and their attitudes towards compensation reveal some interesting trends.

According to a study conducted by Group High, around 44.44% of influencers feel that brands/marketers aren’t providing them with fair compensation. And a striking 69.74% prefer monetary compensation for their posts. Among influencers charging brands for sponsored content, most of them (42.07%) charge between $200 and $500, 37.28% charge less than $200, and the remaining 20% charge more than $500 per post. Based on this data, and the high ROI influencer marketing can offer, monetary compensation should be your first choice. But many startups and small businesses just can’t afford to pay influencers. That certainly makes influencer marketing a bit more challenging, but a study conducted by Crowdtap suggests you shouldn’t lose all hope.

Their survey of 59 influencers revealed what really motivates influencers to work with brands. Although 40% of those surveyed said they won’t work for free, (or for samples), their decisions about brand partnerships are also based on other factors.

Brands that respect them as a publisher, and brands that understand their interests are more attractive to influencers. Another important factor is whether or not a brand’s mission aligns with the influencer’s own values. Additionally, 58% of the influencers surveyed said that their favorite brand projects are those that grant them creative freedom. The second most important factor, at 31%, was that the project was simple, fun, and engaging. What’s really interesting about the influencers’ favorite projects is that there wasn’t too much of a difference between monetary (17%) and non-monetary compensation (10%). It’s clear from the stats above that, although influencers prefer monetary compensation, it’s not the only thing that matters to them. They also value creative freedom, respect, and having fun. If paying influencers isn’t in your brand’s budget, don’t give up! Here are four other, more creative ways to compensate influencers:

1. Invite Them to Events

Make the most of your company-hosted events by inviting influencers to attend. It’s a great way to show them you value and respect them, while also offering them a chance to get out and have some fun. It can also help make them feel like part of the team.

If you’re launching a new product, invite influencers to your launch party. Know an event organizer, musician, actor, party promoter, or someone else in “the biz”? Ask them for free tickets, backstage passes, or VIP access to use as influencer compensation. You can also host a special event, just for influencers, and reward them with a memorable experience. Make sure you show them how valuable they are to you, and give them the VIP treatment.

De GRISOGONO, a Swiss luxury jeweler, used the Cannes Film Festival to establish and nurture relationships with influencers. They offered influencers a variety of valuable opportunities during the event, such as VIP access, lunch invitations, as well as interviews and other content production options. This campaign helped the jeweler generate more than 500,000 social media interactions and gain 35,000 new followers. Make influencers feel like they’re in on a secret by giving them exclusive access to brand updates and products. If you’re launching a new product, make sure they get it first. If you’re introducing a new service, have influencers test it out before you announce it to the public.

There are tons of ways to provide exclusive access to influencers. For instance, Chanel gave influencers a tour of their manufacturing facilities to promote the new Chanel No.5 L’Eau. The brand invited several top influencers in the fashion and lifestyle categories to visit their flower fields and perfume production facilities located in Grasse, France. The campaign resulted in more than 900,000 social media likes during the first month alone. Obviously you should offer influencers a free trial of your service, or free samples of your products. Give them even more reasons to work with your brand by also offering them a special deal or discount on your products/services. If you can’t compensate them monetarily, you can still invest in them by giving them attractive deals that are unavailable to the public. For example, you can offer them 20% off on all your products/services during the partnership period.

4. Send Them on a Special Trip

Another option for compensating influencers is to arrange an all-expenses-paid trip for them. This is ideal for brands in the travel and hospitality industries, as it will give influencers the chance to truly experience your products or services. If you own a hotel chain, for example, you can offer influencers a free weekend stay at one of your properties.

Florida Marriott used this tactic to enlist the help of influential bloggers and vloggers to promote their properties. For the campaign, Marriott created 8 different itineraries in order to provide each influencer with a unique experience. The influencers shared their travel adventures with their followers by posting stories, photos, and videos from their trips. With the four creative influencer compensation ideas above, even bootstrapped startups and small businesses on a tight budget can harness the power of influencer marketing. You may encounter some influencers who aren’t interested in any kind of non-monetary compensation, but don’t give up.

Need help negotiating with influencers about compensation? I can guide you through your influencer negotiations, and help you execute a smashing influencer marketing campaign.

Of course though, before you talk about how to compensate influencers, you need to know how to find and engage them. Click here to read the ‘sister piece’ to this article and learn about those important first steps.