The Surprising Marketing Lesson From a Very Old Bakery 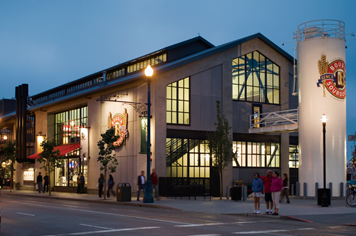 The Surprising Lesson From a Bakery

We recently had some friends visiting San Francisco from Washington, DC, so we went up to spend time with them.

We saw a lot of things I haven’t seen, even though I’d lived 30-40 minutes from San Francisco for most of my life.

One of the places we saw was the Boudin Bakery on Fisherman’s Wharf.

While we were there I learned some interesting things about the bakery that I didn’t know.

And in the process, I learned some important lessons that apply to content marketing.

Here are some of the things that I learned: 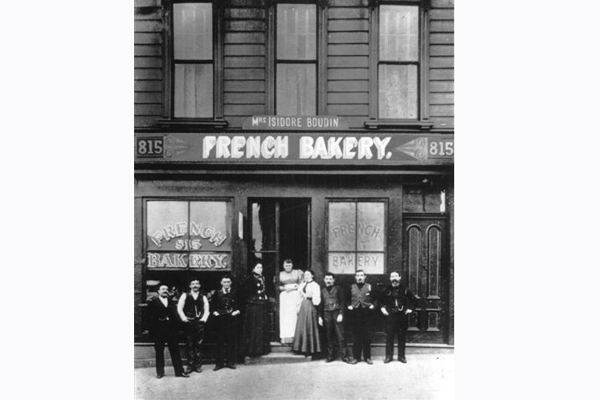 Did you hear what I said?

Boudin still uses the same “Mother Dough” that they first used back in 1849.

Isidore captured the original yeast from the air 166 years ago and he was happy with it. It produced a flavor in the bread that was pleasing to him.

So instead of trying to capture the yeast again and trying to duplicate it, he did what bakers have done for thousands of years: he kept part of that original “mother dough” to use in the next batch.

That is how Boudin Bakery has continued to produce consistently delicious bread for all these years!

They don’t start completely from “scratch” with each new batch.

They always begin with a part of Isidore Boudin’s original dough.

The original dough is replenished daily with flour and water, so that the strains of yeast that he captured way back in the 1800s can continue to survive and can be used to make another loaf of bread today and tomorrow.

The Secret of Today’s Publishing Empires

What you need to realize is that people who produce great content and harness effective content marketing strategies hardly ever start from “scratch.”

They almost always have some sort of “mother dough” that they use as a “starter”.

The “secret” of many of today’s publishing empires such as:HuffingtonPost.com, Mashable.com, ContentMarketingInstitute.com, CopyBlogger.com, and SocialMediaExaminer.com is that they are all using the same content marketing strategy based on the same “mother dough”.

What do I mean?

They all began by using a portion of a content strategy “mother dough” that has been used for 214 years.

What is the strategy? It’s amazingly simple, but powerful

The basic strategy is made up of just two steps:

(Want to learn more? I go into much more detail about this here and explain how I discovered this same strategy was used to establish a bookstore in France that began using the strategy way back in 1801.)

But you need to understand that this doesn’t just apply to content marketing strategy.

Let me explain by sharing with you a practice that copywriters have been using for decades.

Years and years ago copywriters learned a powerful secret to creativity.

Instead of starting from scratch every time they wrote an new ad, they discovered that it was better to use a previously written successful ad and use it for inspiration and ideas.

They created what became known as a “swipe file,” which was a file of copywriting that had already proven to be effective.

They would look over the samples that they gathered in this swipe file and use them to unlock ideas and inspiration for any and all new copywriting ideas.

(Want to learn more? I go into much more detail about this creativity secret here and I explain four ways to gain new ideas and insights for your content marketing.)

What I am trying to get you to see is that the way to come up with the best content marketing ideas is not to start from scratch every single time.

The best way to come up with content marketing ideas is to use some sort of “Content Marketing Swipe File” as your “mother dough.”

The Way That Leads to Effective and Consistent Results

The Boudin Bakery has successfully produced amazing sourdough bread for 166 years, because they use the same “mother dough” that produced the first amazing loaf.

If you want to produce effective content marketing, then you must do the same thing.

Instead use a portion of the “mother dough” from a strategy or idea that has already proven itself to be effective.

Then add your own ingredients and twists to it.

That is how you consistently produce great content marketing.

Originally titled 166 Year Old Bakery Reveals How to Consistently Produce Effective Content Marketing and published on recessionsolution.com. It is republished here with permission