Finding Your “Who”: The Real Way to Get More Shares

“I’ve always wanted to be somebody, but I see now I should have been more specific.” – Lily Tomlin

Steve Rayson wrote something on Moz.com that has really got me thinking about social media “shares.” His conclusion confirmed a lingering assumption I’ve had for a while.

My assumption is: What if we have it all wrong?

What if the way to get more shares has less to do with titles, techniques and technology and more to do with something else that’s deeper and ultimately more powerful?

I’ll explain more of what I mean in a minute, but first you really need to hear this story. Why?

Because hidden in this story is the real answer to getting more shares.

Friedrich Schleiermacher was, among many things, a well-known philosopher of his day. (He lived from the late 1700’s to the early 1800’s.)

There is a story that one day, in later years, the old gentleman was sitting alone on a bench in a city park.

As he was sitting there, he began to drift off. A police officer saw him and, not recognizing him, mistook Schleiermacher for a vagrant.

So the police officer went over, shook him and asked, “Who are you?”

The Results from Analyzing 1 Million Articles

Many people want to know “the secret” to getting their content shared. And there are many theories out there about how to get more “shares.” Some of the theories are based on:

I think these things are all very important, but what if “the secret” to social shares is something else that we’re all overlooking?

That leads me back to the post I mentioned.

The post contained the results of research that BuzzSumo did with Moz where they analyzed the shares and links of over one million articles.

What were the results? Well, if you really want details, then you should download the 30-page report and read the in-depth results for yourself.

Three Facts That Stood Out

But there were three facts that really stood out to me:

1. The majority of posts receive few shares and even fewer links

2. There was NO overall correlation of shares and links. which implies that people share and link to posts for different reasons

3. One specific type of content does have influence over shares and links

They were other important factors, but these ones stood out to me. (Read the post to see more of the facts and Steve’s insights.)

What was interesting to me about these facts is that most people’s posts are not getting shared or linked to – and there’s no specific technique or technology that can ethically fix this!

“During this analysis we found that opinion content from these sites, such as editorials and columnists, had significantly higher average shares and links, and a higher correlation.”
– Steve Rayson

Results that revealed that opinionated content receives most shares and links

The conclusion was that well-researched, authoritative content that expresses an opinion is the content that gets the most shares and links. Read the full blog post to see why this is true.

When I read this conclusion, it got me thinking about what I believe is the real, unspoken reason that content has influence, is shared, and is linked to.

The real way to get more shares and links has less to do with WHAT you write, or the techniques and technologies you harness, and more to do with WHO has written an article or blog post. 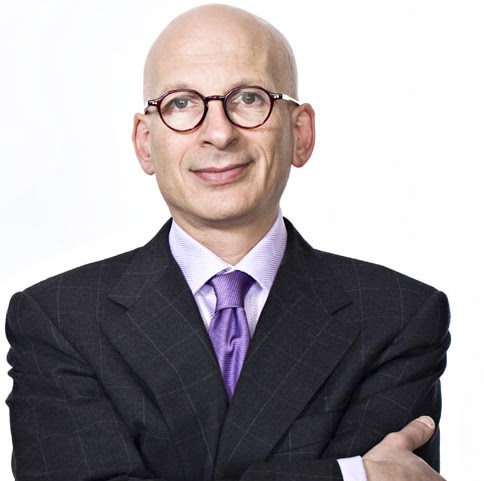 EXAMPLE: Seth Godin can write a post with an average, even obscure title, and a bazillion people will open it and share it, because of who he is.

Is it because he used such a powerful and amazing title? No. It was just an average title.

But because SETH GODIN wrote the post, it carries a level of anticipation and expectation that causes people to want to read it, share it, etc.

If I took the same post, with the same title, and put the name “Joe Schmoe” on it, I probably couldn’t get even one of the same people who read it and shared it with Seth’s name on it to read or share it with my imaginary buddy J.S.’s name on it.

The only difference is that it has “Joe Schmoe’s” name on it! The only thing that changed is the WHO, not the WHAT!

I think most of us never think of the almost invisible impact that anticipation and expectation has on the content we present to people.

Now is Seth an awesome thinker and writer? I personally think so! Do most of his posts contain much better insights than the average blogger? I’d say, “Yes!”

But we still need to realize something important… the power of anticipation and expectation is giving Seth a leverage with his titles and content that most newcomers don’t have right away.

Now don’t get me wrong.

I agree 100% with the importance of headlines and I think they have a big impact on content that is consumed. And I definitely think that techniques like the ones that Moz.com teaches and tools like BuzzSumo has are very important.

My only point is that we need to remember that WHO is a powerful, overlooked force that is influencing shares and links.

Now it wouldn’t be right to tell you how important the “Who” of your content is without telling you some ways that you can improve your “who,” so let me leave you with four ideas.

Here are four methods that will help you to begin to improve your “who” and boost the anticipation and expectation for the content you create:

1. It comes from people’s previous experience with your content.

That means you still need to do your best at presenting ideas in the best possible ways you can.  There’s no way around it.

2. It comes from how you carry and present yourself and your content.

Make sure that the “you” you portray gives off the correct anticipation and expectation you want for what you are saying.

3. It comes from what people have heard about you from others. (I am going to be focusing more than ever on this.)

If everyone says you are funny, or smart, or great at something, then people will believe and expect you to be.  (This is even more true if the “everyone ” who says these things is the “media” in your industry or niche.)

Then do whatever you can to get people who think highly of your content (and who are thought highly of in your industry/niche) to share your content AND their opinion of you with others.

4. You must have an opinion, share it boldly, and back it up with facts.

This is what Steve Rayson said gets content shared and linked to, but I believe it’s also what gives you an identity and amplifies or improves your “Who.”

If you are just putting out the same safe content and saying the same safe things, you and your content will just blend into the background.

But if you boldly give your opinion, then you’ll attract a following. You’l, of course, also also attract detractors. But who cares? The people who succeed and standout all have personalities that stand out!

It’s not just true of people.  It’s true of businesses and brands too.

Every successful business stands out in their category because they stand for something. They each have a different personality or feel.

In fact, I believe that it’s impossible to have a strong personal brand or business brand, if you or your business doesn’t have a “personality.”

How the Story I Shared Reveals This Truth

I told you at the beginning of this post that the story about Friedrich Schleiermacher reveals the real answer to getting more shares.

After all that I shared with you, do you see how it does? If not, let me reveal it to you now.

If the police officer realized that the old man sitting on the bench was THE great Friedrich Schleiermacher, then he would’ve treated him much differently than he did.

But Schleiermacher, the philosopher that he was, had gotten to the place in life where he wasn’t even sure who he was. So his only reply to the policeman was, “I wish I knew.”

And so the world responded the same.

If you want more shares and links, then you better first know who you are and then you better work on presenting that to the online world. (The four methods I shared above will get you started.)

Until then, all the titles, techniques, and tools will be little help to you! (But once you’ve done this, then use any and every title, technique, and tool that can help you amplify your “who” to the world!)

P.S. If you’d like to know who I am, then read my bio in box below and read more of my posts. If you like who I am and my point of view/opinion, share this and sign-up to get updates for this blog.

Which of the four methods will you be focusing on?

Originally titled “The Real Way to Get More “Shares” Has Nothing to Do with Titles, Techniques, or Technology” and published on recessionsolution.com. It is republished here with permission