How to Create Content That Will Hold People’s Attention

With people having such short attention spans these days, every content marketer is trying to figure out how to create content that will hold people’s attention.

In today’s post, I’ll show you just how to do this. But first let me remind you about what I taught you last time.

In my last post, How Content Marketers Can Use a Literary Technique That Made Charles Dickens Famous, I shared with you:

(If you haven’t read it yet, then you probably should before you read this post. You can go here to read it now) 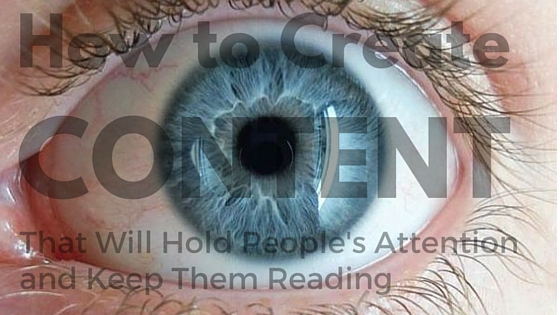 The Unbelievable Scandal That Broke Out After Dickens Died

When Dickens died on June 9, 1870 he left his final novel “The Mystery of Edwin Drood” unfinished. This book was released in serial form and the first 6 installments had already been released. Even though he had completed 22 chapters, Dickens kept the details about the ending of the book a mystery.

That’s why his death sent his readers into a frenzy! His readers (and his publisher) were desperate to have the finished story in their hands. But with Dickens being dead, there was no chance of that happening…or was there?

The Ending Written From Beyond the Grave

He said that he had moved into a boarding house in Vermont and the woman who owned the home was into Spiritualism. On a whim, he had taken part in a séance at the home.

He claimed that during a séance on November 15, 1873 he was contacted by the ghost of Charles Dickens and asked to finish the final 6 installments of Dickens’ last novel. He was told by Dickens to begin writing the novel on Christmas Eve.

Even though Spiritualism was a popular movement of that day, most people didn’t really believe him. Newspapers took turns mocking him. Nevertheless, he began writing anyway. And by the time he finished, no one was laughing.

Before I tell you the rest of the story, I want you to show you how to apply the power of serialization and suspense on a micro-level and a macro-level.

Because once you understand this, you’ll begin to be able to harness the power of serialization like Dickens did.

There are two ways that I think about using serialized, suspenseful content:

When you implement both of these types of serialized content, then you’ll be able harness this power in a way that few of your peers know how. But in order for you to be able to do this, you first need to understand what I mean by these two terms.

I do this by sharing an idea in post and then “pausing” that idea to address a new, different idea.
When I am done doing that, I then go back and finish the original idea.

In that way, I am “serializing” ideas within my posts.

Let me give you an example.

I began this post by sharing about the unbelievable scandal that happened after Dickens died. But before I told you the rest of the story, I stopped and began to tell you about macro-level and micro-level serialization.

When I am done doing this, then I will finish the story. Do you see now why I call it “micro-level serialization”? Because the idea is “serialized”, suspense is used, and the idea is continued at a later point in the post.

I really love this method. And the reason I use this method so often is because it allows me to accomplish three powerful things at the same time:

1. It enables me to keep people’s attention.

It creates curiosity that keeps your reader (listener or viewer) interested in continuing on so they can “close the loop” and learn the rest of the idea.

2. It encourages people to keep reading.

It reduces “consumption fatigue” (a term I use to describe when a person stops midway in consuming your content) by giving the reader (listener or viewer) a “break” from what they’re reading by introducing a new idea.

By doing this effectively, I can include much more content in one post without losing readers along the way to “consumption fatigue”.

(I’ll explain more about this in detail in my Content Boosters course that I’ll be coming out with in 2016. If you’d like to be one of the first to be notified when it’s made available to the public, then contact me and I’ll add you to my “red velvet rope” list.)

When I talk about Macro-Level serialization what I am talking about is using suspenseful serialized content on a larger, overall level. This is probably the typical way you think of serializing your content marketing.

It’s when you end a post in a suspenseful way and basically say something that implies, “I’ll explain the rest of this in my next post.” In other words, you leave your audience with a “cliffhanger” of some kind.

I did that in the original post of this series,  when I said…

But with Dickens being dead, there was no chance of that happening…or was there?

What would happen next would involve a surprising chain of events:

(I told you it would sound like an episode of Fringe or X-files!)

But more than that, it reveals the unmatched power that serialized content (laced with suspense) has to create an audience of rabid fans.

I’ll tell you the rest of the story in my next post.

And I’ll explain how content marketers can apply serialization on a macro-level and micro-level  in my next post.

There are many important reasons that you should consider implementing macro-level serialized content in some of the content you create. But let me just give you four of the most important benefits:

1. Serializing your content gives your audience a reason to come back to your site.

Let’s talk about the first benefit. We know that we need to build an audience. We need people who keep coming back to our websites over and over. (*A million one-time visitors will never equal the power of 1,000 regular fans.)

Serializing your content helps you to do this, because it creates anticipation. That’s what I did at the end of my last post. And if  you do it correctly, it brings people back over and over.

“The difference between having a content marketing editorial calendar and not having one is simple: One is flying by the seat of your pants and the other is executing a strategy.” – CoSchedule.com

Well, an overlooked benefit of serializing your content is that it can help you to fill out your calendar. In a post on ContentMarketingInstitute.com called How to Turn 1 Idea Into 2 Months of Content Marketing (and More), Roger C. Parker explains it like this…

“The short series approach offers a final compelling benefit: It provides an easy transition from the “no documented marketing plan or editorial calendar” situation that continues to undermine the success of many B2B, B2C, small business, and nonprofit content marketers.”

In an article on ExperessWriters.com called Content Serialization: How to Turn One Idea into Months of Content Marketing by Annie Ianko, she explains the SEO benefit of serialization. She says…

“…since each post builds off of the post before it, serialization is an amazingly effective internal linking strategy that drives users to other portions of the blog.”

Why is internal linking important for SEO? In an article on Kissmetrics.com called The Seven Commandments of Internal Linking that Will Improve Content Marketing SEO Neil Patel reveals the basic theory behind internal linking. He says…

“The basic theory is this: Internal linking strengthens the overall search-optimized value of a website. Inner linking does so by providing clear paths for spiders, prolonged sessions for users, and a tight-knit network of pages and posts.”

4. Content serialization increases the chance that they will respond to your offers.

This benefit ties into the last one. Besides it being good for search engine optimization, creating serialized content helps to keep visitors longer on your website.

And when they stay longer on your site, then you have an increased chance of them becoming interested in the products or services you offer. In a post on Mention.com called 7 Tips for Creating Content that Drives Growth by Morgan Brown, he describes it like this…

“Though there are several viable means of presenting long-form content, serialization makes it more digestible while also giving you several opportunities to present users with a call-to-action or other conversion point.”

When the Laughter Stopped: A Best-Seller from the Beyond the Grave

The public and the media finally stopped laughing at Thomas James’ claim about writing the final chapters of “The Mystery of Edwin Drood” when Dickens’s publisher decided to publish it!

And what were the results? It was an immediate best-seller!

Because of its success, James was offered contracts to write more books, but he turned them all down. His reason? He considered himself a conduit for Dickens and not an author himself.

But even though it was a best-seller, the overall reception for the book was mixed. It was very popular with Dickens’ fans in the U.S., but his U.K. fans didn’t care for it.

Literary critics all criticized James’ work. But the Spiritualists of his day came to his defense. And you’re not going to believe this, but one of his “spiritualist supporters” was none other than Arthur Conan Doyle, the author of Sherlock Holmes!

I don’t, for even a second, believe that James actually channeled the spirit of Dickens. I think it was all an elaborate hoax and I think his publishers only published it because they knew they could make money from it.

But I tell you this story because I think this is an extremely powerful example of the power of serialization.

Think about it. Dickens harnessed the power of serialization so effectively that even after his death he still couldn’t stop his readers from wanting more of his content!

Can you imagine what it’d be like to harness just a small amount of that power in your own content?

In my next post, I’ll share the little-known story of how the best-selling novel of the 19th century (the second best-selling book of that century, following the Bible) actually began as a series or articles in a newspaper.

Not only that, but I’ll share with you some powerful, modern-day case studies that reveal the power of serialization.

I’ll also show you some important lessons we can learn from them.

Originally titled “How to Create Content That Will Hold People’s Attention and Keep Them Reading” and published on recessionsolution.com. It is republished here with permission